A Yankee Doodle, do or die;

A real live nephew of my Uncle Sam,

Born on the Fourth of July.

I’ve got a Yankee Doodle sweetheart,

Yankee Doodle came to London, just to ride the ponies;

“American history has been a struggle between liberty and power, between those who wanted to defend and extend the liberties guaranteed in the Constitution and those who wanted to make the United States more like the countries our ancestors left, with powerful and paternalistic government.  Throughout our history libertarian sentiments have been rekindled when the federal government goes

beyond what Americans would tolerate – such as in the past few years.  “David Boaz, The Libertarian Mind, p. ix.

Donald Trump is the Yankee Doodle Dandy to the American people.  What do I mean by that statement?  He is uniting the American People with his rhetoric when speaking at his town meetings.  The press gives little coverage but the people are listening.

Donald Trump does not care whether you are black or white, rich or poor, Muslim, Hindu, Christian or Jew, blue-collar worker or intellectual.  He cares that you are American and he thinks you are tired of losing.  He says that the Political hacks running DC are losing at everything – war with ISIS, trade with China, political support with our friends like Israel, lies about government statistics such as unemployment.   This is not America and this is not American.  I paraphrase but he says,

“Enough!  We are Americans.  Let us make America Great again!  Put me into office. I know how to win and will win for you – – – the American People.  I do not need your money and I will not take money from special interests.  I love this nation and I want it to be great again.”

This statement is universally appealing to all Americans who love this nation.  It is also classical “Yankee Doodle Dandy”.   He wants to be your jockey in this race to make America great on the world stage. He has become a unifying force for American citizens who love this nation.   They know that the current fascist protected minority represented by politicians fed by the transnational corporations that sustain them in power do not represent the peoples’ interests but those of the politicians and the transnational corporations; and, – – – they are fed up!

The play was about the trials and problems of a fictional American jockey, Johnny Jones (based on the real life jockey Todd Sloan), who rides a horse named Yankee Doodle in the English Derby. Cohan incorporates snippets of several popular traditional American patriotic songs into his lyrics as he often did with his songs.

James Cagney memorably performed the song in the 1942 film Yankee Doodle Dandy, in which he played George M. Cohan. Americans frequently see it on movie reruns on TV.  Thus, many Americans are familiar with the Patriotic Theme and the song.  They easily identify with both.

This is the first verse where “all the candy” was a slang term meaning that he is “hot stuff” and “Boodle” is money.

Made my name and fame and boodle,

Just like Mister Doodle did, by riding on a pony.

I love to listen to the Dixie strain,

I long to see that girl that I left behind me;

That ain’t a josh,

She’s a Yankee, by gosh.

Oh, say can you see,

Anything about a Yankee that’s a phony?   George M. Cohan 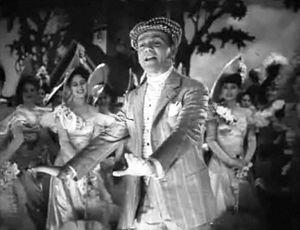 The controlled press has been uniform in trying to denigrate and make little of Donald Trump’s accomplishments.  The reason, I believe, is that ownership of the press is controlled by a few corporations (6) and the owners of those corporations do not want an honest American in office because he would not “go along” with the dictates of the corporations but rather with his conscience and work toward the interests of the American people.  I discuss and explain this in my book, Who’s Next?[i] 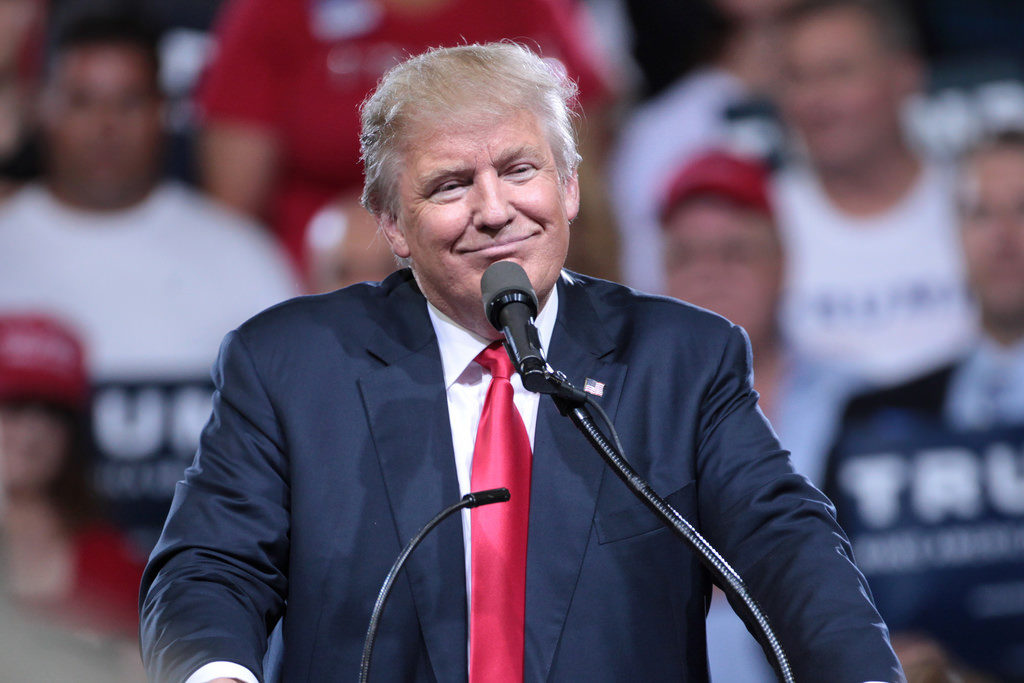 Let me say this clearly.  There has never ever been a successful businessman that did not listen and respond to his customers.  If you do not listen, you will not get the customers back.  Donald Trump has been a successful businessman in multiple industries because of this attribute.  He listens and he produces. I do not believe he is going to change his principles at this point in his life.   For more detail on Donald Trump, read my article published in Raven Report, “Is Donald Trump a Good Presidential Candidate?” rrjh11

WHO IS DONALD TRUMP?

He is 69 years old and born in New York.  His father gave him control of his real estate business after serving jointly with his mother for three years after college graduation.   He then renamed the real estate empire, “The Trump Organization” in 1971.  The size of the empire, depending upon whom you want to believe grew from $1 million or $100 million. He built the empire and he is currently worth about $4.5 billion or $4,500 million (Forbes, October 2015).  It stands out as an outstanding business accomplishment. He has had three wives but treated the first two in a way that there is no animosity.  His current wife is Melanie Knauss (m.2005). He has 3 children by his first wife, one child by his second wife and one child by his third wife.  He is a protestant Christian and practices as a Presbyterian.

He graduated from the Wharton School where I earned my Ph.D. His major was finance.  He is currently running for President as a Republican.  However, he ran in 2000 as a candidate of the Reform party.  His beliefs in America run deep.

Since taking control of the Trump Organization, he has built casinos, golf courses, hotels, and other properties, many of which bear his name.  He has clearly branded himself in real estate (Trump Tower in New York), Golf Courses and Casinos (Taj Mahal).  In all instances, he listened and built the very best hotel, casino and golf course. He used his name because it symbolized the biggest and the best in quality. Now he is running for President and the people believe him.

Trump is drawing people from the Democratic, Republican, Independent and Libertarian parties.  It is confounding the “talking heads” because they do not understand what is going on.  Also, some of the Politicos that have been in power for many years – Rhinos – McCain, McConnell, Graham, Rove; Demos, Hillary, Pelosi et al sense that if he gets to power, they are gone.  They do not want to lose their power position so they are attacking him every way they can with lies, misrepresentations, false stories, attacks on his integrity, attacks on his ability to make decisions along Republican policy lines.  This is all nonsense.  They are scared that he will not listen to them but will finally do something for the American people. They sense that the Yankee Doodle Dandy Boy may be real, may change the things the people dislike in government, and actually begin to listen to the people.

The incumbents and press misquote Trump on just about every issue.

The followers of Trump come from all parties and it confuses the party leaders what the people see in him that they do not see in the parties or the party leadership beliefs.  I believe that there are two groups that are represented here.

Let us briefly look at these two foundational bodies of beliefs in the American landscape.

Many American hold some libertarian views but do not recognize them as such nor do they affiliate themselves as a Libertarian.  So let us examine this briefly and you determine whether you are a Libertarian in belief. I am using The Libertarian Mind [1]by David Boaz, Executive Vice President of the Cato Institute as my objective source for material.

Libertarianism has grown for two reasons

Libertarians founded America. They fled Aristocratic Europe to find religious liberty, individualism and economic opportunity. Further, they clearly defined their beliefs in the phrase of “life, liberty and the pursuit of happiness”.  This phase is a variation taken from John Locke who said “life, liberty and pursuit of property”.  However, property in those days was considered self, physical and intellectual property.  David Boaz ran multiple questionnaire studies and determined[2]

Libertarianism is the philosophy of freedom.

This means that a man is free as long as he operates within the law and does not encroach on others.

Let us now summarize briefly the fundamental principles of Libertarianism

In American government today, Libertarianism it is the vanguard of the future.