in FACEBOOK, Geo Politics Comments Off on URANIUM ONE AND CLINTON $145 MILLION BRIBE- MORE CORRUPTION 55 Views 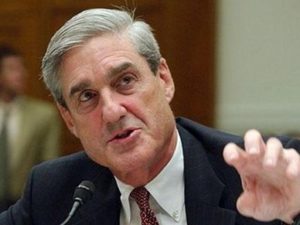 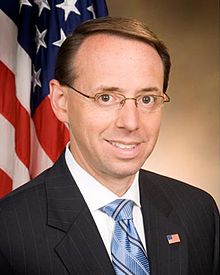 By now, you may have heard about the Clinton corruption about them working a deal to sell 20% of all uranium production in the U.S. to Russia – – – -in return they got $145 million donated to the Clinton Fund.   Uranium is a strategic asset to the U.S.  It is used to make nuclear bombs.   The U.S. got zero in return for this sale.  The Clinton got $145 million.   Why isn’t it being investigated with a Special Prosecutor?  It is simple. It is NOT being reported on by the press   Newt Gingrich reports that

“You can’t make this stuff up, and while the news media continues to acknowledge the facts, they still claim there is no foul play on behalf of the Clintons in terms of the uranium deal. The Media Research Center found that the ABC, NBC, and CBS evening shows have “spent only 3 minutes and 1 second on the Clinton Foundation scandal in more than two years.”

If you want the complete story, go to my site www.ravengeopolnews.com and order Part 3 of the book series – – 39 years of Clinton Scandals and Corruptions (1977-2016).  It is all there. – dates, names of players, what happened, how Hillary as the Secretary of State had to sign off on the deal – – moving 20% of uranium production in the United States to Russia.  The $145 million went to the Clinton Foundation in Canada.  They then funneled (with no source records) the money to the Clinton Foundation in the U.S. (There are TWO Clinton foundations).  The net is that the Foundation accumulated $2 Billion in donations mostly from foreign governments while Hillary was Secretary of State. This transaction fits the legal definition of Money Laundering.

Mueller is a special prosecutor that is investigating Donald Trump and his collusive ties to Russia – – – This is a DIVERSION set up by the Democrats to keep Hillary from being investigated. Consider

Mueller – – -knew of the Uranium One Deal since he was the Director of FBI at the time of the deal.  HE APPROVED IT.

Approval Committee included – – –  Robert Mueller (FBI), James Comey (Replacement FBI),, Eric Holder, Rod Rosenstein (he organized and ran the committee), Hillary Clinton, (Barack Obama – – -aware and approve but did not sign)  – — Do you smell a RAT?   I do.

Mueller has hired on election committee.  16 attorneys. All are Democratic donors to the DNC and the Clint- – – Do you smell a RAT?   I do.

The Clintons are dirty.  They have violated 13 federal laws including RICO.  No one is clamoring for an investigation of them when there is a LONG list of EVIDENCE that they colluded with the Russians.  The Dossier is just one.  They hired a foreign nations intelligence organization to gather information on Trump to discredit Trump – their political opponent.  This is against the law.