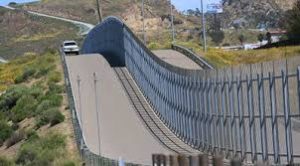 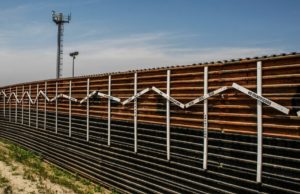 The current practice of extending U.S. citizenship to hundreds of thousands of ‘anchor babies’ must end because it creates a magnet for illegal immigration into our country. Now is the time to ensure that the laws in this country do not encourage law-breaking. Steve King

Every man has a property in his own person. This nobody has a right to, but himself. John Locke

The first requisite of a good citizen in this republic of ours is that he shall be able and willing to pull his own weight. Theodore Roosevelt

All Americans have a sacred duty to guarantee Social Security benefits to our nation’s senior citizens. Steve King

I have seen so much misinformation in the papers recently about immigration. As a result, I decided to sit down and do some research and try to restate the facts.  The facts themselves speak volumes.  We all know that the Liberal progressive press hates Donald Trump. We all know and have seen that for the most part, illegal immigration is bad for this nation as it is currently being implemented.  We all know that our Congress is not doing their job and are sitting on their hands with respect to this issue..

Donald Trump’s has made a push for a border wall. He expects Mexico to pay for the wall.  The Congress, including his Republican Party, have not been supportive – only his base.  What he’s asking for is not an extreme case. For instance, sovereign nations have completed 20 border walls and seven are under construction with one planed and five more proposed. It makes sense, our government reports that 97% of apprehended illegals have been along the Mexican border since 2010.  Further, we now know that in 2005 there were 1,189,000 illegals caught crossing the border. That number dropped in 2008 two 723,800..   This was result of partial walls and a beefed-up immigration service.   In 2017, because Donald Trump has been pushing for the wall and telling the immigration service that he is at their back, the number fell to 17,000 and is currently in decline.

The cost of the wall depending on who you listen to . It will be somewhere between eight and $25 billion.  Donald Trump estimates eight to $12 billion.  He is a developer and I suspect that he will hold close to those numbers.

When one reflects on the cost of the wall, one realizes that it t is pretty large.  On the other hand, one aircraft carrier costs $13 billion.   Keep a perspective.  This will protect from day 1 and save money from day 1.

Trump in a speech on June 22, 2018 reflected that according to a 2011 government report, the following has occurred –

all caused by illegal immigrants.

There have been a lot of talk about how much illegals contribute to this nation.  Accordingly, I looked it up in PEW research.

This is an independent researcher that I respect.  This is what they say –

The premise of the progressive is that illegals are justified due to the taxes paid.   This is a false premise –

Americans should be tired of losing billions of dollars every year due to illegal immigration.  It is time to end the incentives that attract illegals to this country.

Two of the biggest benefits that illegals have are free education for the children and free medical care for the entire family. This includes “latch babies”.  They do not get the quality of care or the quality of education in their native lands.   In addition, they have learned to live off of the welfare system of states and the tax credits of the federal government.   Isn’t it is about time that we shut this down and provide those kind of benefits to American citizens who are poor?

I am a first generation American. My father came here from Austria.  He had to learn English, have a job waiting for him, learn American history to pass the immigration test.  Our immigration laws need to be updated.  First, we must get a Congress to step up to their responsibilities and understand the problem, write new laws and responsibly put in place new laws that protect citizens of this nation.  Trump has been trying to get this done ever since he has been in office.  Paul Ryan and Mitch McConnell have not done their jobs.  They did not pass the nullification of Obamacare and now they have not passed reasonable immigration laws.  Trump is succeeding almost in spite of their efforts.

Visit my website – www.ravengeopolnews.com.   I have a series of 6 articles there on Immigration Reform.  It is more accurate than this since I did the research to make it accurate. [i]