WHY I THINK THE STOCK MARKET IS OVERPRICED?

in Economic, FACEBOOK, Fascist government, Money Comments Off on WHY I THINK THE STOCK MARKET IS OVERPRICED? 26 Views 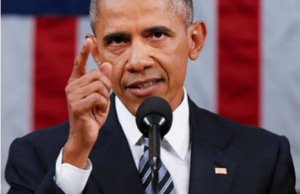 One does not have to go far to find examples of overpriced stock.  Let us look at just one Exxon Mobil.

It is great to own the stock. The drops its revenue by 40% its profit by 85% its free cash flow by 87%, increases its debt by 439% but still gains 20% in the stock market.  This actually happened to Exxon Mobil between 2006 and 2070.  These were the magical years of the Obama administration.  How to Exxon Mobil do this? It was simple because the government made it that way.  The government and the Federal Reserve kept the interest rate at zero, which hurt retirees and anybody on fixed income, but it helped the banks and companies like Exxon Mobil.  Exxon Mobil borrowed money at 0% and bought back 14 million shares of its own stock.  Why not? They swapped equity for debt, and 0%.

The message that I have is that, “The party is over.”  Investors should expect interest rates to rise, bonds to fall and stocks to fall.  The market is way overpriced, it needs to be corrected.  Of course it will be blamed on Trump which is not true because it should be blamed on Obama who played “footsy” with the bankers.  The banks had the money because of QE 1, 2, 3 which put $4.0 trillion in the banks and gave all of their marginal debt to the Federal reserve.  The Fed started selling this “Junk” to the public this month because it is a way for them to help their balance sheet at the cost of the American Taxpayer.  They manage the economy by taking advantage of the American public.