in FACEBOOK Comments Off on THE RAISE ACT_fbjh121217 31 Views 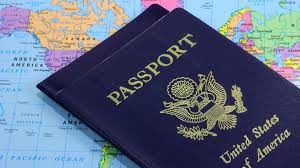 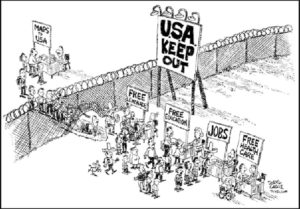 Because we give two thirds of our green cards to immigrants’ relatives, there is a huge backlog in the system.  This policy forces highly talented immigrants to wait in line for years behind applicants whose only claim to naturalization is a family connection…  Consequently, we miss the very best talent coming to our country.

Simply stated, we have an immigration system that is failing.  Madison’s test of increasing the wealth and strength of the community is not being met.

The RAISE ACT is the brainchild of Tom Cotton, US Sen. from Arkansas.  He has an impressive background as an American.  After attending law school at Harvard, he served as an officer in Iraq and Afghanistan with the airborne.  His decorations include the bronze Star and a Ranger tab.

Here is how the act works. First is very similar to the immigration acts of Canada and Australia.  When people apply to immigrate, they are given an easy to calculate score on a scale from 0 to 100. This is based on education, age, job salary, investment ability, English language skills, and any extraordinary achievements.

Then twice a year, a US citizenship the immigration service would invite the top scores to complete their application and it would invite enough high-scoring applicants to fill the current 140,000 annual employment-based green card slots.

This program would end unlimited chain migration. It would remove quotas per country for high skilled applicants that are shut out of the process because of their country of origin. Finally, it caps the number of refugees offered permanent residence to 50,000 per year.

The net result would be an annual immigration pool that be younger, higher skilled, and ready to contribute to our economy without using welfare as more than half the current immigrant households do today.  We would stop importing millions of unskilled workers to take jobs from current blue-collar Americans and undercut their wages.

Obama illegally immigrated 700,000 people into this country and put them into a legal limbo. His act was illegal since the Constitution specifically designates the power and the responsibility for all immigration to the Congress of the United States and not to the Executive branch.

No one wants to send these kids back… However, a compromise must be made since they are here illegally and unfortunately because our president was irresponsible. There are two alternatives –

Citizenship is the most cherished thing our nation can bestow upon new immigrants. The government should treat this citizenship in a way that puts the interest of our current citizens first and welcome those who are best prepared to handle the duties of citizenship and contribute positively to our country.  When this happens, Americans will start again trusting the leadership. The, Senator Tom Cotton RAISE program should be supported since it seems to have solved most if not all of the problems associated with our current dated 1965 Act on immigration.