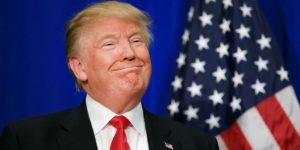 We need to get rid of the 16th amendment, and return to the original system that funds government with a variety of tariffs and duties. Alan Keyes

“The prohibiting duties we lay on all articles of foreign manufacture, which prudence requires us to establish at home with the patriotic determination of every good citizen to use no foreign article which can be made within ourselves, without regard to difference of price, secures us against a relapse into foreign dependency.” Thomas Jefferson (letter to Jean Say)

The history of tariffs in the United States started in colonial times and run to the present.

The first tariff was the tariff of 1789.  Its purpose was to generate revenue for the federal government to run its operations, as well as to pay interest on its public debt. One of its primary purposes was to act is a protective barrier around domestic manufacturing industries. This fact is often forgotten on most discussions of tariffs.   In 1789, the US had little manufacturing and they wanted to grow it. They put a protective tariff in place to protect the growth of new industries.

Thomas Jefferson disliked tariffs but he liked a protective tariff.

Tariffs have historically served a principal role in the nation’s foreign trade policy. They provided 95% of all income to the US government prior to the incorporation of the income tax in 1913.   They averaged about 20% on all foreign imports. Since the 1940s, tariffs were focused as reciprocal tariffs to other nations.

Tariffs were the main source of revenue for the federal government from 1789 to 1914.  They were debated have been since 1789.   Generally, Democrats wanted tariffs that would pay the cost of government and the Whigs or Republicans favored higher tariffs to protect and encourage American industry.   Since 1913, the tariffs have not been much of a matter of partisan debate.

Prior to the American Civil War, tariffs were generally low. They rose rapidly during the Civil War.  At the end of the war in 1865, about 65% of federal revenue was generated by excise taxes, which exceeded the 25.4% generated by tariffs.  A tax on whiskey is an excise tax.   In 1915 during World War I, tariffs generated 30.1% of revenues. Since 1935, tariff revenue has continued to be declining percentage of federal revenues.

Tariffs are currently in place for aluminum. The president has said “Other countries trade barriers” for years harmed US manufacturing, while the US has defended the other country’s borders.

Other countries currently have tariffs against US products where the US does not have any parents are virtually none against imports to this country.

Since Trump instituted a tariff, the “crooked&” has inundated the American public with the “sky is falling” rhetoric from special interests that oppose this action.

Before the president took his action, subsidize state – own producers in India, Russia, Middle East and China has four smelters across the US to close at a cost of 8,000 aluminum workers between 2003 2017. This threatened national security. The US needs to produce these types of products.

Pres. Trump used an aluminum plant in Marston, Missouri as an example.  When the plant closed, three generations of Americans lost jobs.  The foreign action of subsidies to manufacturing and nothing is the legal by WTO standards, but nothing has been done.  Trump cut the Gordian knot with tariffs and brought jobs back to the US.