ITALY HAS A NEW PM

in Economic, FACEBOOK, Fascist government, Politics Comments Off on ITALY HAS A NEW PM 44 Views 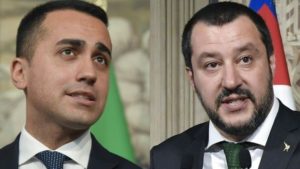 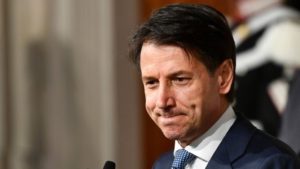 The Italian people have a new PM who is the result of a coalition of two parties in the Parliament, the populist PM is Giuseppe Conte.  He must satisfy two masters, the

The big questions are will the coalition stay together and will they get anything accomplished.

Giuseppe Conte is an unknown attorney academic that has never run anything.  No one knows anything about him.  We do know that he will have to listen to and continue to get the support of the five-star movement and the league.   The five-star movement is a populist movement from the lower earning people of the South of Italy.  The league is a northern Italy industrial base workforce and electorate.   We know that the North doesn’t think very much of the South.  The question facing Mr. Conte will be can he resolve some of the major questions and problems in the Italian economy.  Specifically, he will have to address unemployment, migration from the Mideast, banks that are hounding the nation of Israel Italy as well as the private sector for their debts.   He has an opportunity to do things different.    What could be done?

First, he needs to get the Italian people back to work.  Get them off the welfare and get them earning good money at good jobs.   This is a tall challenge with the European mindset.   Is also a Tall challenge with the regulations ensuring that banks are in the drivers seat in the nations of Europe.   One way he could do this, is introduce a glass Steagall law into Italy. Both parties wan it.   The nation in Europe would benefit.   It would be a law that could bust up the parasitical banks that are devouring the nations of Europe.   It would break up the universal banks demanded by the European Union, which absorbed trillions of bailout money from the European Central Bank and the Federal Reserve in do not land anything productive to business.

A second plank in his platform would be to establish an Italian national bank independent from the European central bank.   This bank could lend money for productive employment and new infrastructure.  It would be outside EU EU austerity be limits on government productive credit.

In the stock to those two plagues it could avert another financial blowout.   Wall Street is against it. Donald Trump wants to do it in the United States.   It would be a breath of fresh air across Europe. It Italy did this.  Deutsche Bank just accused Wall Street of taking over German banks and running them as hedge funds.   This put banking in the dimension of speculation.  Deutsche Bank said that a team of star speculators the Merrill Lynch in London and New York took over Germany stand leading bank Deutsche Bank 20 years ago and turn it into a giant head start making huge profits each year – until it became clear that the profits were faked in the bank was all but bankrupt.

The British financial empire, the city of London, which dominates transatlantic financial activity would be defeated with a glass Steagall act in Italy.   The enactment of an Italian bank for infrastructure would be a giant step forward of freeing the nation from the ECB.

Right now the debt is greater than in 2008.  Thus, a correction or bust would be worse than the 2008  recession.   By enactment of Glass-Steagall and the establishment of an infrastructure national bank, Italy could lead the way for your out of this depression and back to full employment.

It remains to to be seen. But Mr. Conte does. However, the above two suggestions are things that if he considered them might lead to very good results for the nation and his party.   Since both parties apparently have supported the reenactment of the European Glass-Steagall, it appears that they are aware of the banking  vice grip on Europe.   This is a way out.