ADAMS AND JEFFERSON WERE CONSERVATIVE AND LIBERAL BUT THEY WERE FRIENDS

in FACEBOOK, Politics Comments Off on ADAMS AND JEFFERSON WERE CONSERVATIVE AND LIBERAL BUT THEY WERE FRIENDS 177 Views 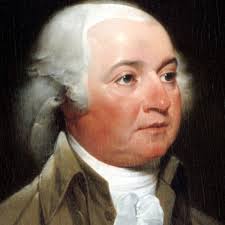 During the first 10 years of our nation’s history, John Adams led the conservative party called the Federalist and Thomas Jefferson led the Liberal party called the Republican.  The two men met in the Continental Congress in 1775 and found that they shared an enthusiasm for declaring independence from Great Britain in the 1780s. They went to France together the ministers from the United States. While there, their families were cemented in friendship.  John Adams lived frugally on the farm outside of Paris.  Thomas Jefferson lived in downtown Paris close to the  entertainment district such as the Opera.  John Quincy Adams, John Adams’ son, was going nuts in the outskirts of Paris.  He was a teenager.   Thomas Jefferson had him live with him in downtown Paris in the entertainment district – – -two bachelors.  Thomas Jefferson tutored him and eventually recommended when he was about 18 that he be the Secretary to our Ambassador to Russia. As a result, John Quincy learned Russian, knew Latin, English, French and Dutch from when he was with his Father, John Adams raising money in the Netherlands.  In addition, he was only 17 -18.  He eventually became the 6th president of the U.S. and was essential to the Seward folly of buying Alaska.

John Adams became the second president by three Electoral College votes.  Thomas Jefferson was second and became Vice President. However, in the next election, lost to the Republican Jefferson in 1800. The two Patriots were different in their beliefs as day and night –

They died on the same day, 50th anniversary of the Declaration of Independence.