Are you Liberal? Libertarian? Conservative? Or confused?-LP 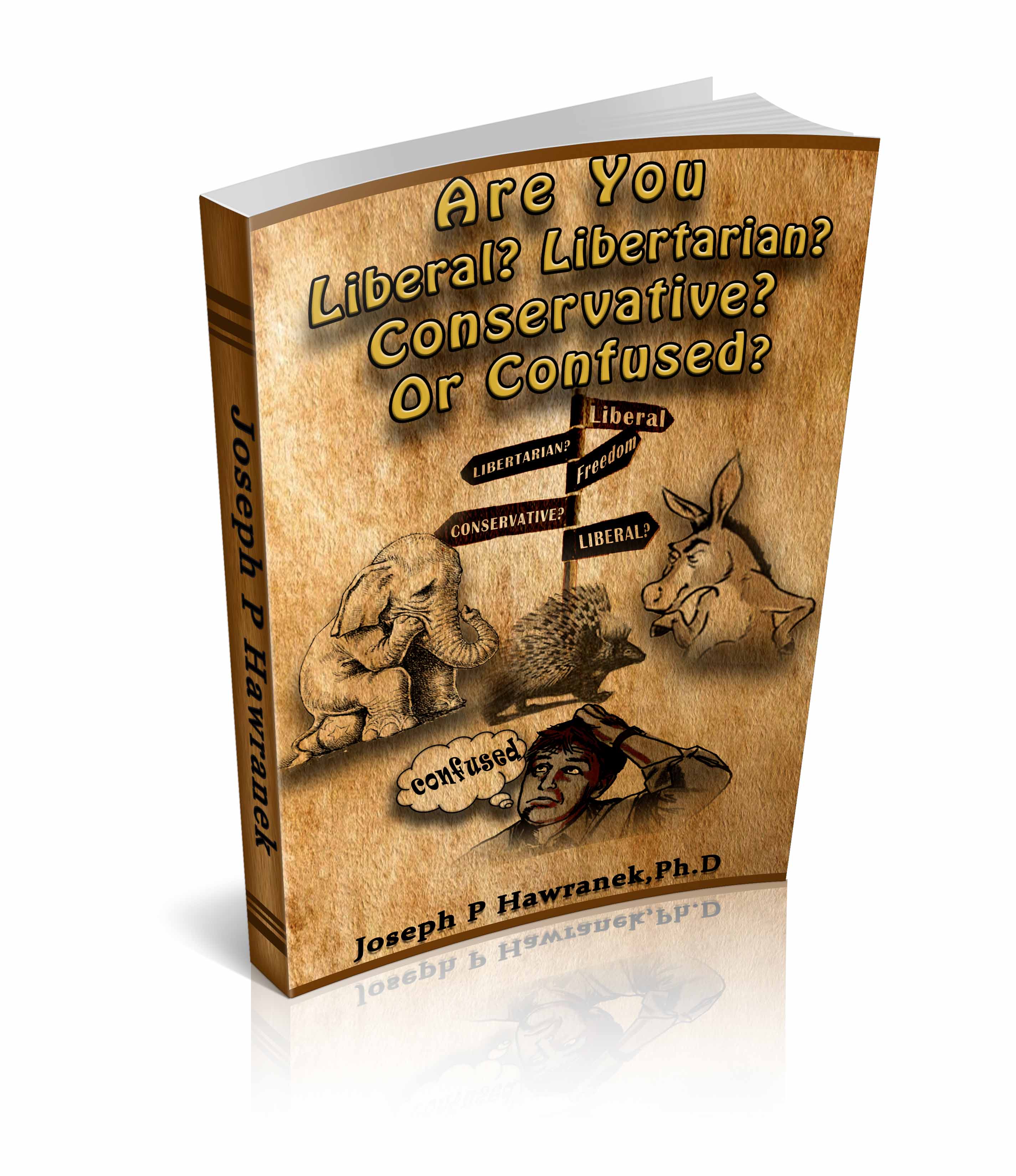 This book clarifies one’s thinking by defining generally accepted definitions for liberal, libertarian, and conservative. This establishes a linear scale. In order to do so, the author went to experts in each area and used their definitions.  He found that some definitions have changed with time.  Specifically, a Liberal in the 18th century is what we would call a Libertarian in the 20th and 21st century. The socialist of the 19th century is what the liberal at the end of the 20th and in the 21st century.  The general scaling of these political positions are clearly defined and plotted so that the reader can find themselves on a linear spectrum scale based on the reader’s beliefs.  Thus, liberals are on the left, which follow social freedom, but economic constraint.  On the right, one has conservatives, which follow social constraints and economic freedom. In the center, one has Libertarians that allow both social freedom and economic freedom. On the extremes, we find communism on the left and Fascism on the right.  This becomes clear when one defines what is meant by each term and plots them from left to right.  An extension of this scaling allows one to see where Democrats and Republicans fit as well as the New World Order and capitalists.  Capitalists are libertarians as were the founders of this nation.  The New World order is a combination of Fascism and Communism with the state being controlled by corporations and the people being controlled by Communism.  It is also shown but the scaling had to become a circle to make the extreme ends meet.  This is easy to visualize by taking the linear scale and making a circle with the two ends meeting with Fascism and Communism at the juncture.

In order to find where you fit, a short series of questions are given in Appendix A.  There is no right answer to any questions.  The questions when answered honestly will place you on a scale with both liberal beliefs and conservative beliefs.  Then you can find how Liberal, Conservative or Libertarian you are.  The author recommends that that you take the test before you read the book and again after you read the book.

The purpose of this book is to allow the reader to place himself along a spectrum of political definitions.  In order to do this, the author has defined specific terms and defined a scale on which to place these terms.   By so doing, the reader upon understanding the term can determine whether that definition fits his beliefs or not and place himself along that scale.

The book covers the definition of political terms, analyzes along a linear scale where those terms fall and discusses the “isms” that are generally used such as capitalism, statism, socialism and communism.  In order to provide the reader with a better understanding of where the United States fits on a spectrum of these definitions, Lenin’s 10-point program for communism is discussed along with Naomi Wolf’s 10 required steps to reach a fascist government.  Upon completion of that study, the reader is prepared for the discussions on the New World order. The New World order is defined using discussions of its proponents and it too is placed upon the political scale.  The New World Order proponents have moved this country in that direction for the last 30 years. It is not there yet but there has been a populist political revolution in the election of Donald Trump that says - - - the citizens do not want the New World Order to continue its centralization of this society and removal of God from society.