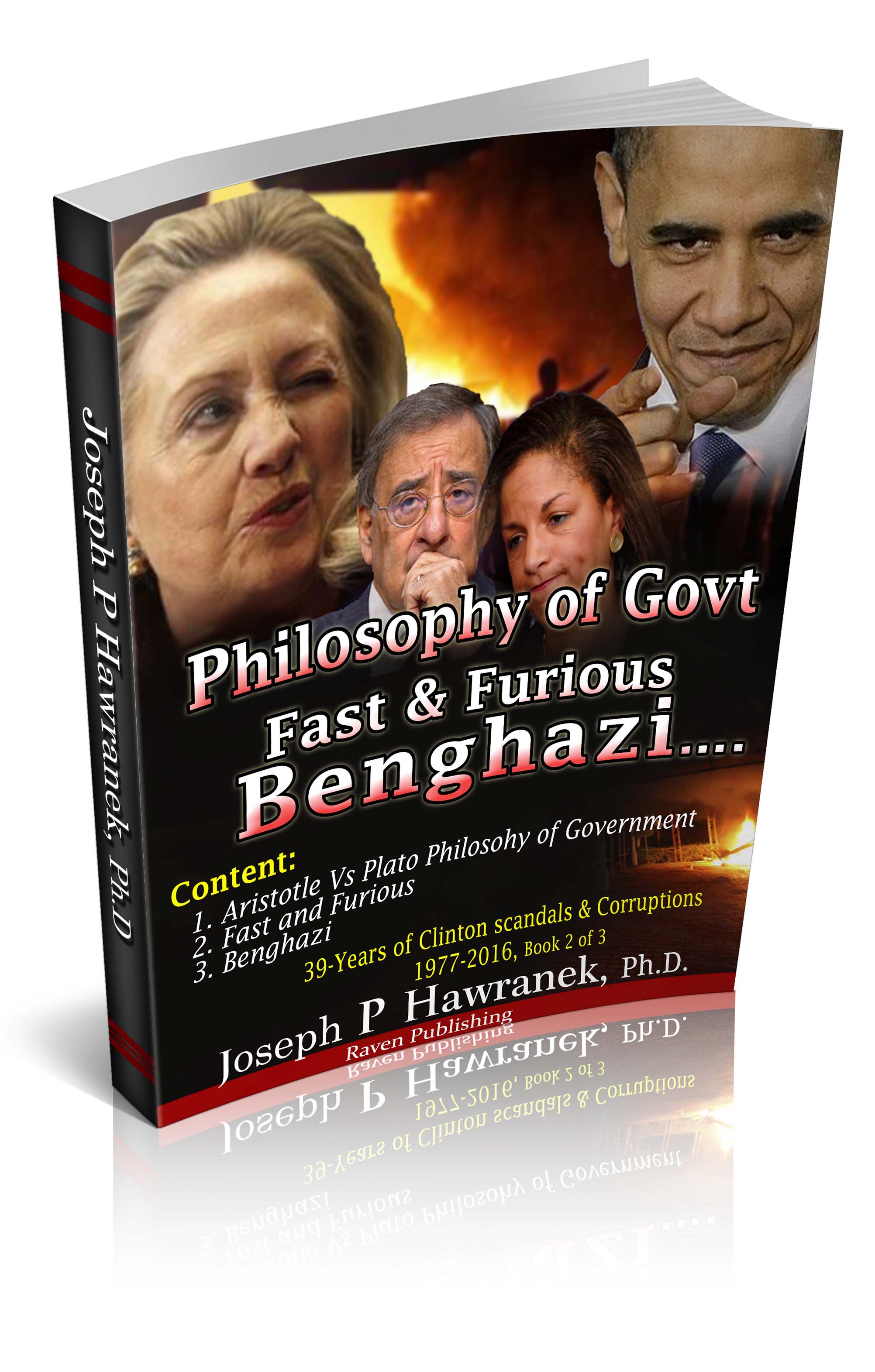 The book covers all the details concerning our philosophy of government which modeled on the philosophy of Aristotle and the Obama administration that defacto switched it to that of the philosophy of Plato and an Emperor who makes his own law.  The book provides insight into the bad decisions and incompetence of Hillary Clinton, Barack Obama and Leon Panetta.  Clearly, they were more worried about covering up ill-conceived, illegal and arguably treasonous program than saving the lives of the brave men who put everything on the line for their country in Fast and Furious (border agent)  and Benghazi – Chris Stevens, Ambassador; Sean Smith, US State Department; Glen Doherty, former Seal; Tyron Woods, former Seal.

The book shows how our national government has become so out of step with our Constitution that men not laws now run our country. The Hillary statement after the deaths of the brave Seals stands out here for our form of government. Her question is relevant. “What difference does it make?”   It makes a great deal of difference. Read the book to see why.

My research found that the Obama administration is ignoring the Constitution and switching the philosophy of government from what our founders set in place in the Declaration of Independence and the Constitution. This is the underlying causal problem in both Fast and Furious and Benghazi. The Obama administration is acting like an emperor and in that position he feels that he does not have to respond to laws or the people – just “do as I say because I can override the law”. This is the philosophy of Plato expressed clearly in his book, The Republic.

In strong contrast, the founders followed the philosophy of government of Aristotle, which ascribes to managing a nation under one set of laws that the emperor as well as the people must live under. Obama has switched that philosophy to Plato who held that a King / Emperor could override the laws of the people. Thus, what the King wanted became the law. This is a major switch in government philosophy for this nation. This is so important and fundamental that the book examines this concept from its source to its current polar switch.