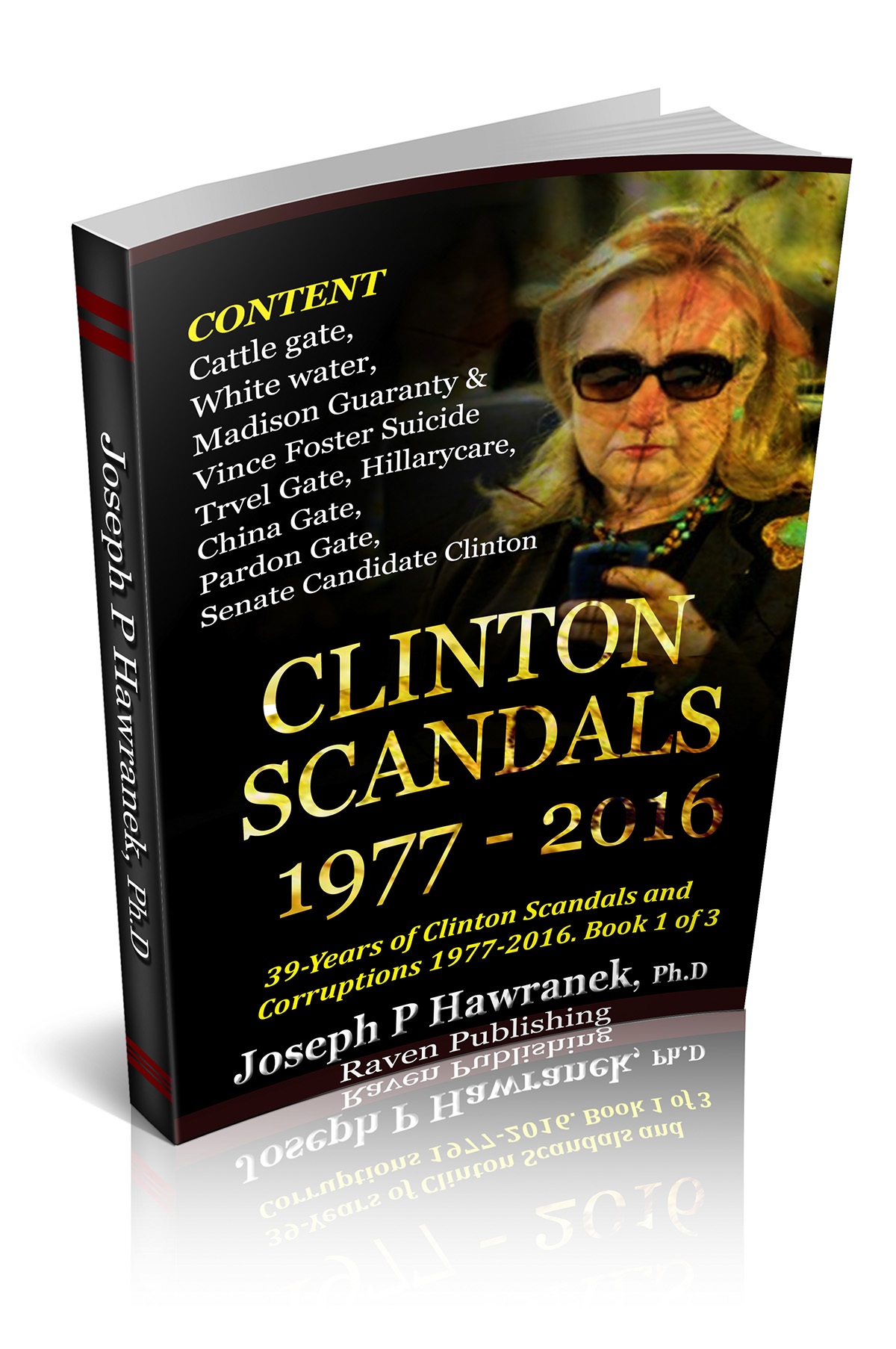 Description-
Book I provides a detailed survey of seven (7) of the scandals that occupied the press in the final years of Bill Clinton’s Governorship and his time in the presidency. Bill was AG of AK 1977-79 and Governor of AK 1983-1992. His two-term presidency was 1993 -2001. Both Hillary and he were very active in making money on the side throughout his time in Arkansas. The Arkansas attorney Vince Foster worked full time while in the White House as a defense attorney for both Hillary and Bill because of the five (5) active investigations going on concurrently during this period. Hillary’s subpoenaed records mysteriously disappeared from the Foster office after his death but turned up 22 months later in the upstairs White House private quarters. Hillary denied knowledge of how that happened but an investigative committee said in its final report that she was involved with her private secretary / attorney in this disappearance of the records.

39 Years of Clinton Scandals and Corruption  BOOK 1 of 3 – 1977 – 2016
The author broke the 39-year time-period of scandals into two parts. In Period one, we have Clinton as Attorney General of Arkansas, Governor of Arkansas and moving on to the Presidency of the United States. Hillary and Bill consistently and constantly seem to be creating situations that end up as scandals from the time of Bill being Attorney General.
One can dismiss Cattle Gate as nothing of substance. However, Whitewater and Madison Guarantee and Savings involved federal guarantees of loans, which required millions of dollars of taxpayer money being used to bail out these fraudulent loans. Everyone involved went to jail except Hillary and Bill Clinton. Yet, they were principals in the fraud but not indicted. The critical element of proof against Hillary was her legal billing records from the Rose Law firm to the McDougals at Madison Guaranty. The records disappeared after Vince Foster’s death.  Read and find out how evidence disappeared and McDougal died in prison resulting in Hillary getting off indictments.