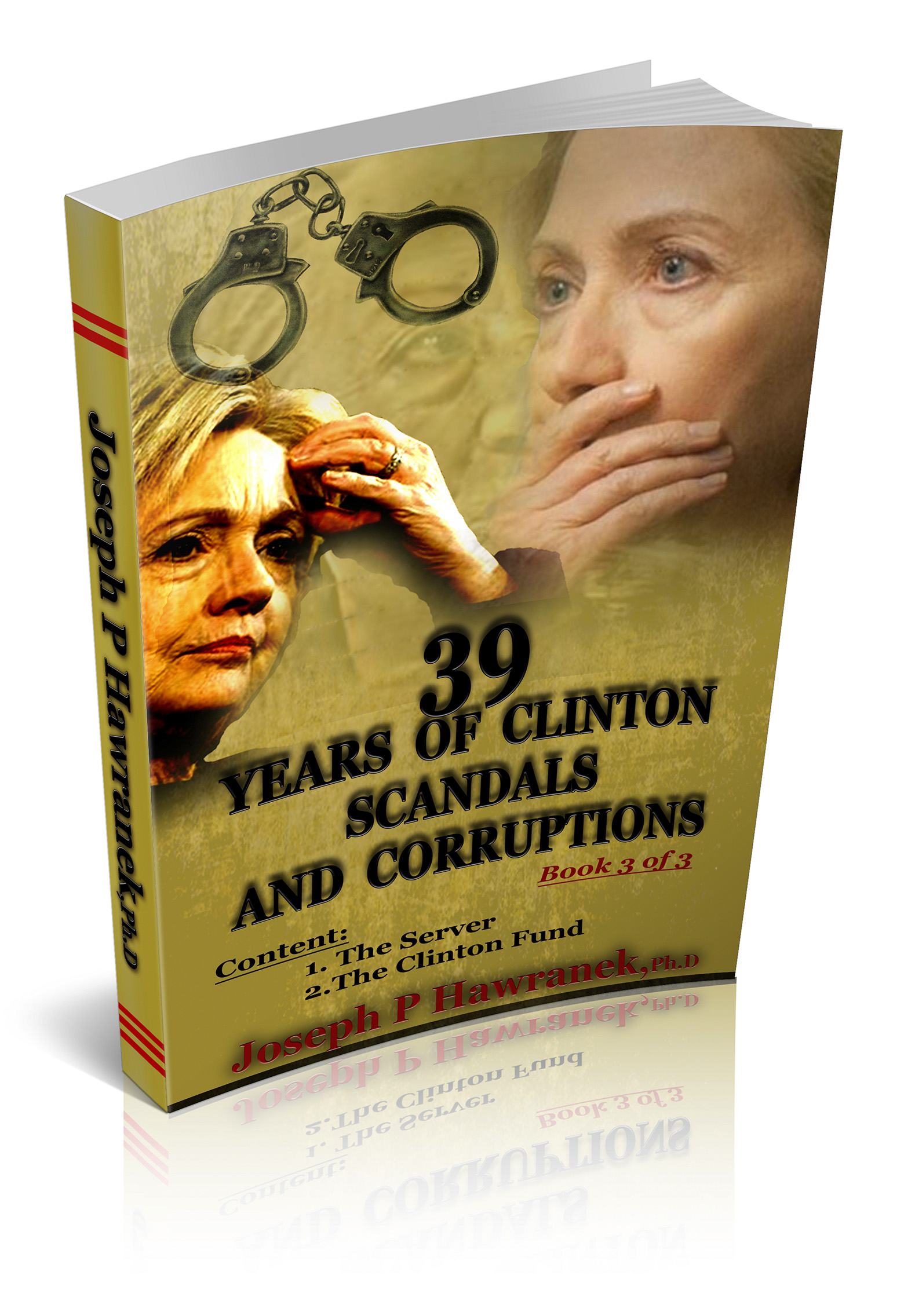 In this book, we have two major scandals that occurred during the Secretary of State tenure of Hillary Clinton.  Both involved the very security of this nation. Both required Hillary’s active involvement to facilitate the scandal.  The scandals are called:  1. THE SERVER – which concerned the private non-secure server in her home to use as a private email system by her and her staff when she was on official duties as the Secretary of State.;  2. THE CLINTON FUND - This is a private charitable foundation that is under criminal investigation by the FBI and was used as a “pay to play” operation by the Clintons.    The fund grew to $2 billion shortly after she left office .

The U.S. security law is clear and simple with respect to classified material and “Intent” is not mentioned. If you do not handle classified material with care and keep it on government safe secure equipment, you have violated the law, which is a felony. The mere act of being careless is the felony.  Intent is not even relevant.

Clearly, Hillary violated the law and committed multiple felonies.  She put classified material on unsafe insecure servers, PDAs, laptops and iPads. Further, she outfitted her staff with the same equipment and they communicated with each other as if they were just friends – not representatives of the U.S. Government with state secrets to protect.

Against the oral and written advice of DOS security people, Hillary used PDAs in foreign travel that exposed her conversations and others related to state secrets open for disclosure.  She had at least two active attacks on her server that she admits happened.

When she left public office, she did not return government emails per the law and the State Department regulations. This is another felony.   Upon action of a FOIA and a lawsuit, the state department retrieved 30,000 of the 61,000 emails 22 months after she left office.  The choice of whether the email message was private or not was made by her private attorneys and not the DoS attorneys. In the 30,000 Emails returned, 110 emails contained top secret, secret and confidential material that was resident on her PRIVATE server. Never in the history of the U.S. has anyone who was a cabinet officer done this before. Her claim that others did this is another Hillary “Lie”.